Benzino is still going at Eminem nearly 20 years after their beef first kicked off, and he doesn’t seem to care who he has to diss in the process. After saying that “nobody in my hood” listened to Eminem, per XXL, Benzino has seen plenty of backlash from Eminem fans and has gone at them himself in response.

“I have left this shit alone but since the COWARD ASS STANS still wanna talk shit and hide then it’s still fuck, Eminem and if you got a problem with me, do something about it nothing you ever said has effected me in anyway. I know how to fight and I got big sticks. So pull up” said Benzino

“To all you pussy ass Stans, we all know y’all are the most corniest non violent coward fan base hip hop has ever seen. I have a restaurant in Atlanta 5071 Peachtree industrial boulevard Chamblee ga, stop tweeting and pull up on me you pussies” said Benzino.

“And let make this clear, idgaf about none of you idiots, all y’all gonna do is tweet me to death. I’m still Benzino, out here in every city including Detroit, if y’all gotta real problem with me, tell me in person, I’m not hard to find” “So here we go again. Just because I said nobody in my hood listened to the man who mad an entire mixtape dissing black people, especially black women I got disrespected post this song @Hollywoodunloc1 Eminem -Foolish Pride (1988)-M&M

“And for the record, everu single black person I come across in my black hoods of American, INCLUDING DETROIT feels exactly how I feel. NOBODY BUMPS MARSHALL PERIOD, didn’t y’all here GUCCI?? Gtfoh you weirdos,” Benzino wrote. 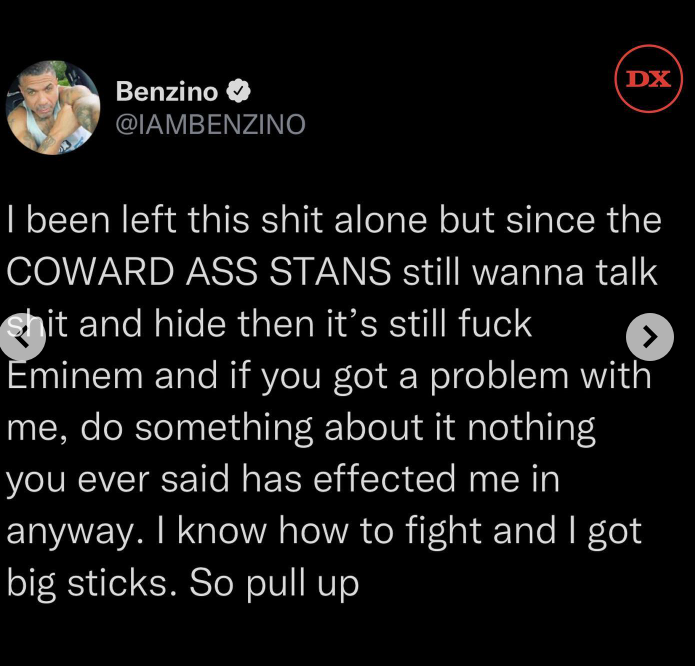 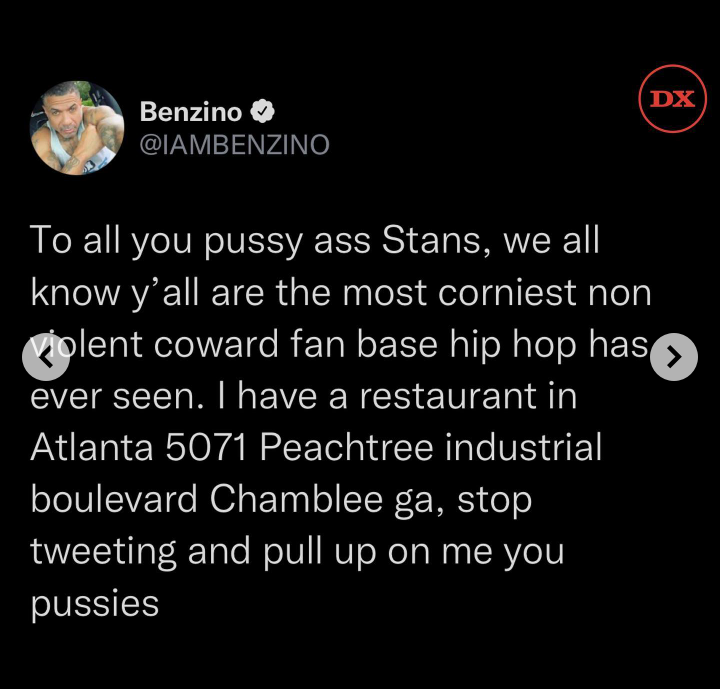 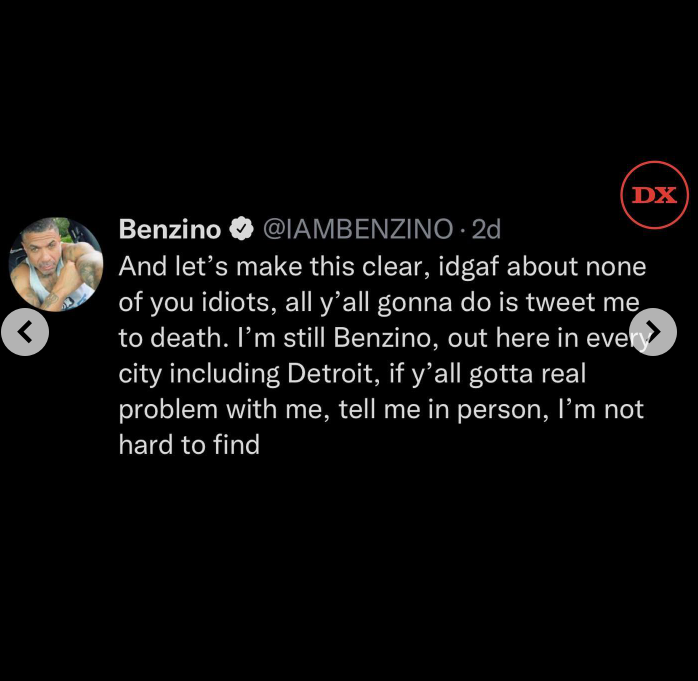 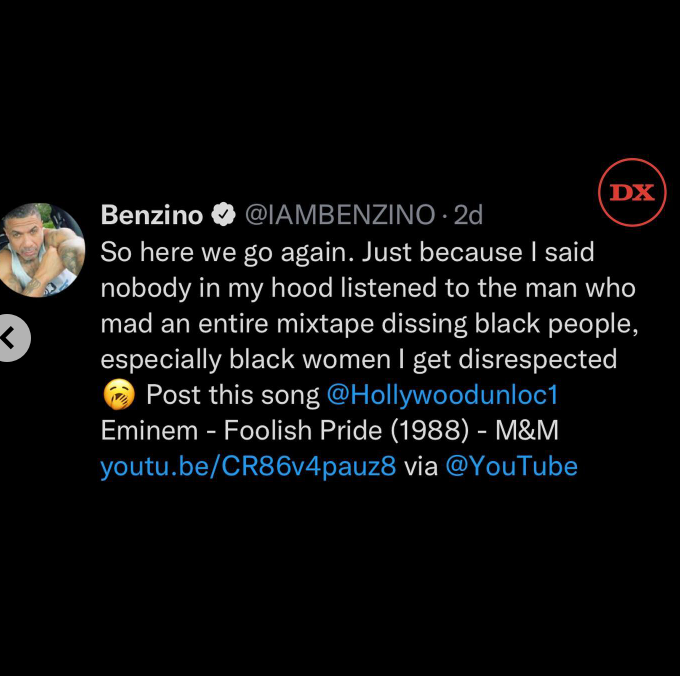