Kristen Stewart, the 31-year-old actress dazzled in a blue jumpsuit on Wednesday’s episode of Jimmy Kimmel Live, where she discussed her recent Academy Award nomination for her role as Princess Diana in the film Spencer, now streaming on Hulu.

Kristen Stewart completed the her look with a half-up styled ponytail and black Christian Louboutin pumps. The outfit was coordinated by her stylist, Tara Swennen, who posted photos of the the actress on social media.

READ ALSO:  I Haven't Had $ex For The Past Two Years-Actress Yvonne Nelson-(watch video) 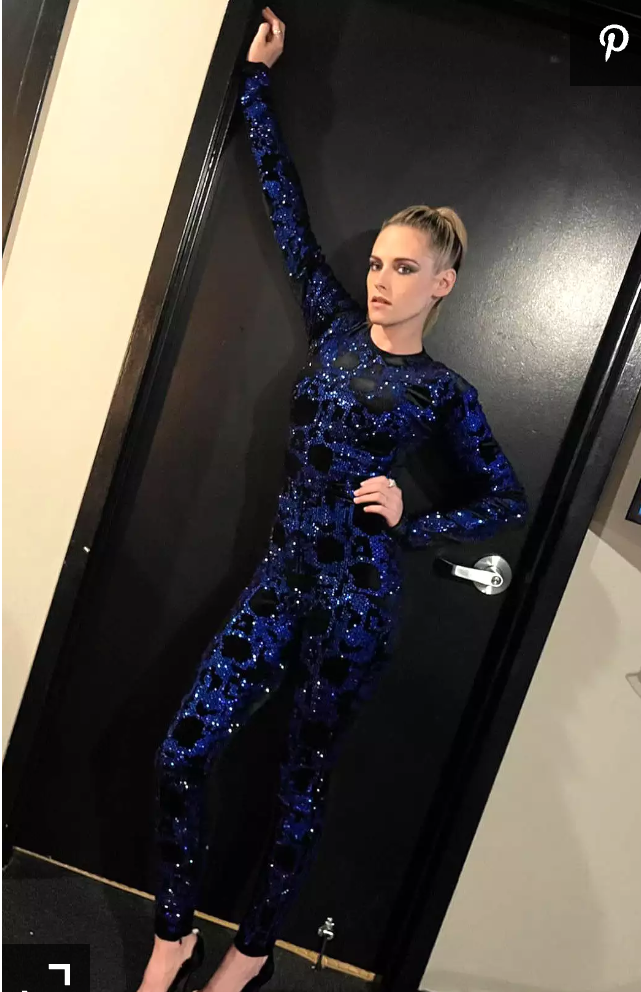