During the performance, Eminem’s daughter Hailie Jade jubilating to her dad’s performance. This clearly shows that Hailie Jade is Eminem greatest fan. Staying for Stafford, Hailie captioned the shot referencing Ram quarterback Matthew Stafford. When the big game got underway, Hailie shared multiple videos of her dad’s show-stopping performance of his 2002 truck, “Lose Yourself”.

After delivering iconic number, Eminem capped off his section of the show by taking a knee-a show of solidarity with NFL players who have used the gestures as a sigh of protest. 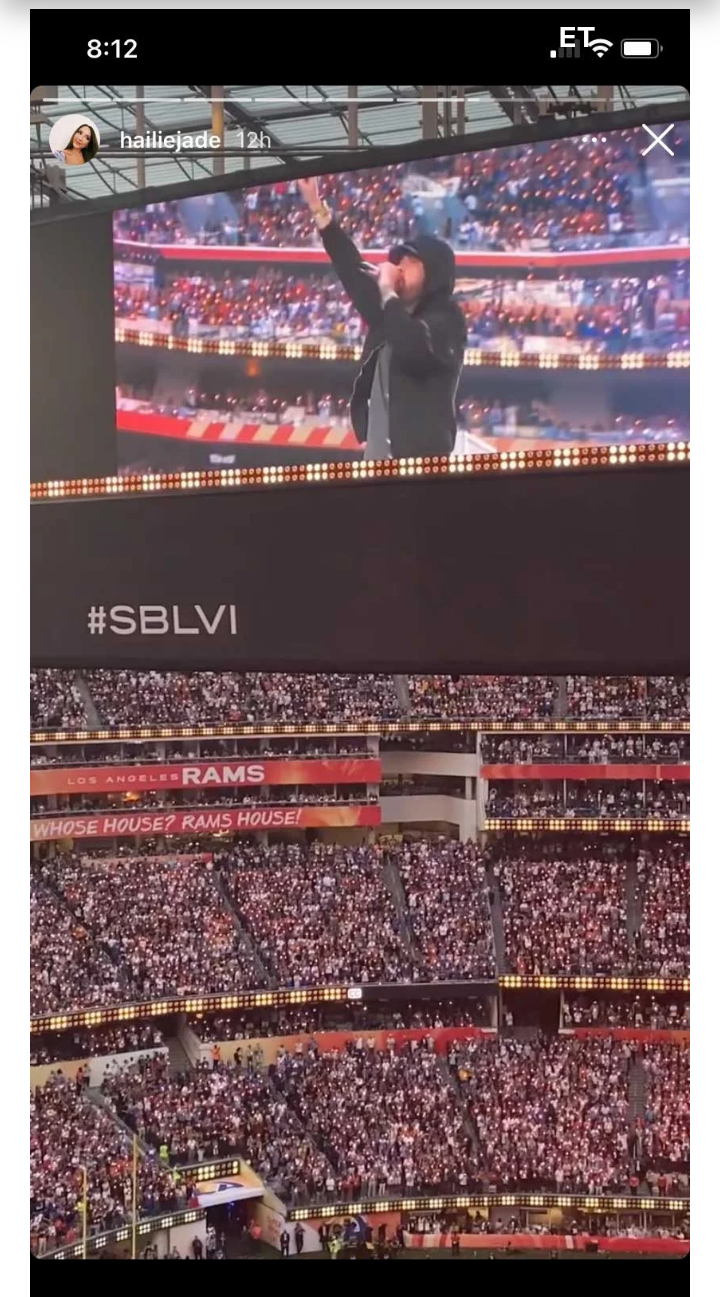 Yaa Jackson is spotted chilling with her Brother in a pool