Pete kept Kanye away from social media for four years, and it seem Kanye West cannot find it easy to let go of Kim Kardashian.

The Saturday Night Live star has added a YouTube video link in his online bio. The video link leads to a snippet of Rupert Pupkin from the King of Comedy. In the clip, the character played by Robert De Niro says, “Better to be king for a night than schmuck for a lifetime.”

Netizens in large number took to the comment section of the clip, claiming that Pete has finally clapped back at Kanye West for his pervious attacks.

Kim Kardashian also penned a lengthy note on Instagram addressing Kanye West’s attacks. She wrote, “Kanye’s constant attacks on me in interviews and on social media is actually more hurtful than any TikTok North might create. As the parent who is the main provider and caregiver for our children, I am doing my best to protect our daughter while also allowing her to express her creativity in the medium that she wishes with adult supervision – because it brings her happiness. Divorce is difficult enough on our children and Kanye’s obsession with trying to control and manipulate our situation so negatively and publicly is only causing further pain for all”.

READ ALSO:  'Our Marriage Is Going To Put Ghana On The Map, Because We Are The Only Intelligent People in Ghana'- Dr. UN Wife-(Watch Video) 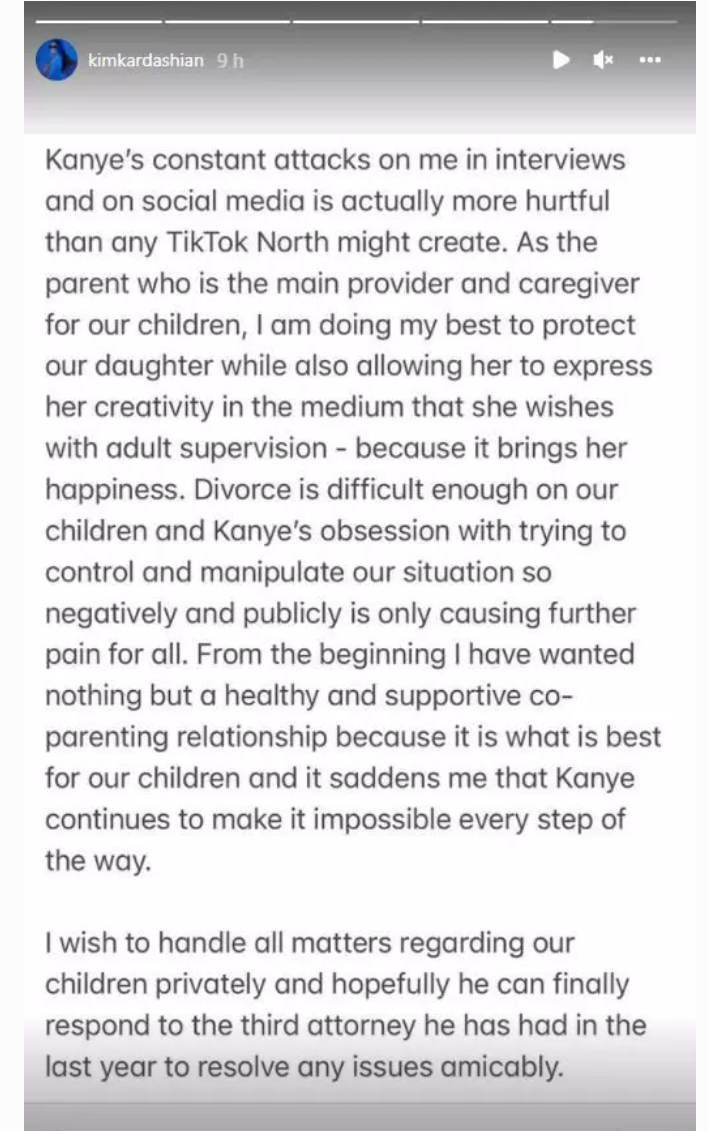 2 Chainz Throws A Challenge to 8 Mile In Detroit, Looking For Eminem To Battle