Not long ago that information came out about the arrest of Ghanaian singer and businesswoman Hajia4Real in the United Kingdom. The true story behind her arrest is still not discovered, but Twene Jonas is back with a full story about the arrest of the singer.

According to Twene Jonas, Hajia4Real was living in America and scamming others with the help of some guy, but the guy was arrested and deported to his country. Hajia4Real redrawn the money and came to Ghana.

He also said Hajia4Real was blacklisted in America for participating in those activities. He said Hajia4Real is not a scammer but the real scammers used her account for transactions and other things.

According to him, Hajia4Real was arrested to reveal the names of the real scammers. 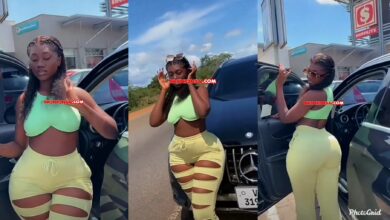